“The Festival of Opinion Culture is just like the summer days of Estonia where the burden is diversity of opinions and merry vacationers are people who want to have copious exchange of views,” says the mayor of Paide Priit Värk. 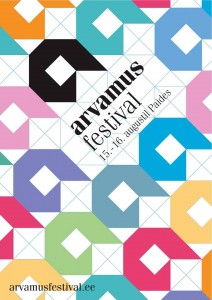 “Second year in a row hundreds of Estonians are discussing about our past, present and future on the hillside of Vallimägi Hill. Among these people are writers, entrepreneurs, civil-activists, opinion leaders, and regular citizens who are above-average agile.”

Priit Värk is convinced of the importance of The Festival of Opinion Culture: “I remember that in yester-year when The Festival of Opinion Culture was about to end I had this bizarre feeling inside of me. It was a mixture of hope anticipation that perhaps civil-community has stepped big step forward becoming more mature. As if there had been very Estonian-like “silent revolution”. This year this chosen path needs to be continued so that these summer days could be our tradition.”

Värk wishes that by-and-by The Festival of Opinion Culture will achieve the same kind of role and the multiplicity of the participants that Finland, Sweden and Denmark already has. There are dozens of thousands of visitors in Scandinavia where the similar events are held. “Yet the impact of the festival cannot be measured only by tourists and consumers because that effect is notably deeper. With a support of The Festival of Opinion Culture the hope in Paide has reawaken: we could become an attraction centre, not only for habitants of Järvamaa but for the rest of Estonia as well,” said Värk enthusiastically.